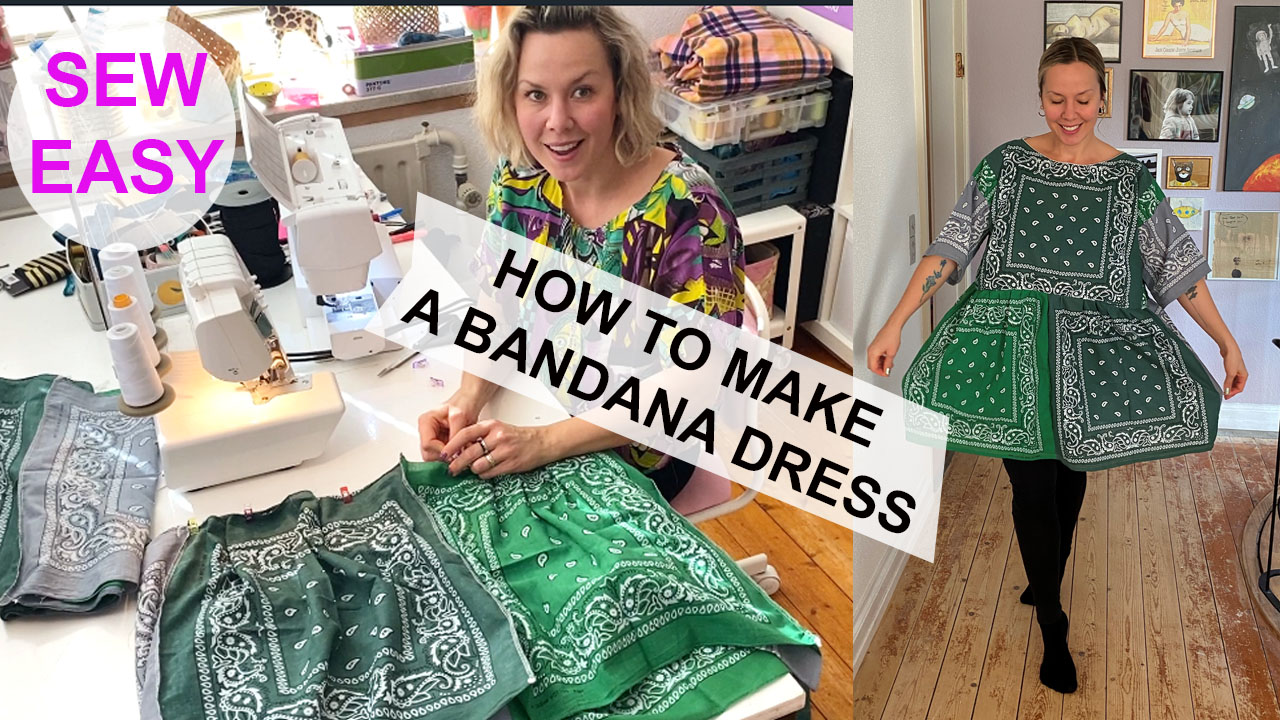 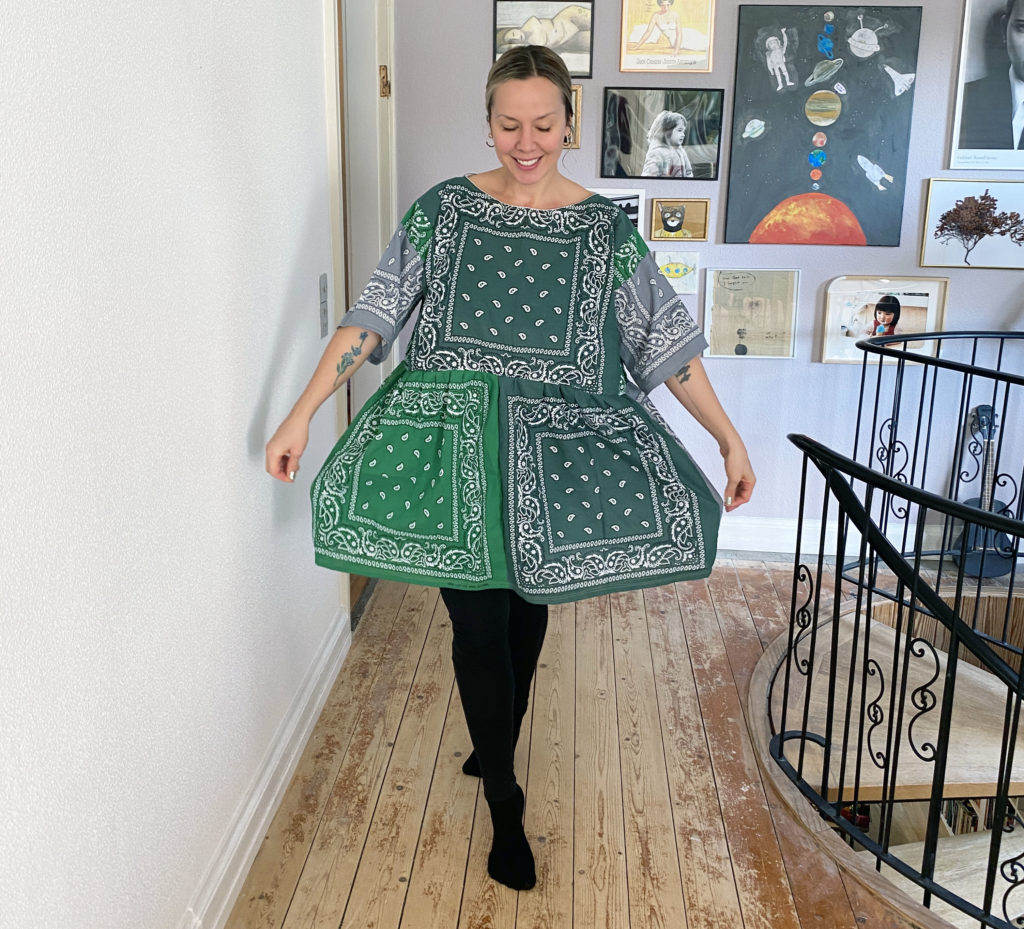 I know that I am really late to this trend, of making a dress of bandanas. Here’s a new tutorial for Bandana dress DIY.

I saw it, though it was awsome and wanted to do it, I had to wait until I was lucky enough to find somebody who sold the bandanas used. Or not used perhaps, because they seem quite new, but 2nd hand anyways from somebody who probably wanted to do the project and then for some reason regretted it. So I have even more colours waiting for another combination dress as well. Not bad. For me, the trend is not over yet.

Watch the video of Bandana Dress DIY to make it yourself

I have just uploaded the DIY video to both youtube and my IGTV, so the video is available for viewing there.

It did not turn out how I thought, but when you just film it in pretty much one go, then mistakes and changes just happen. Like, first it was supposed to be made with 15 bandanas and be with two tiers in the skirt. But I ended up thinking it was cool in the short version, so I needed only 9 bandanas. And I still have the last tier layer of 6 bandanas lying there waiting for me, stitched together and ready to go, either to be added to this dress later or for another project.

I hope you will be inspired by this make. I decided to use green and grey, but all the bandana colours are really cool for mixing. It is a good beginner sewing project if you can just get your hands on some bandanas! 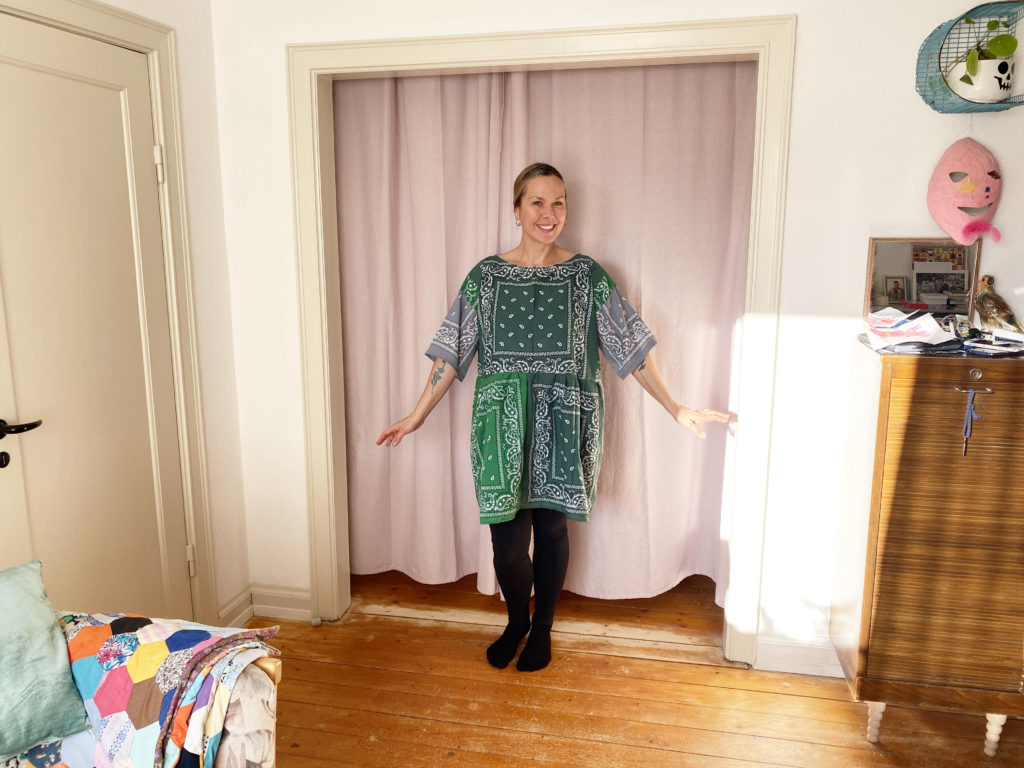 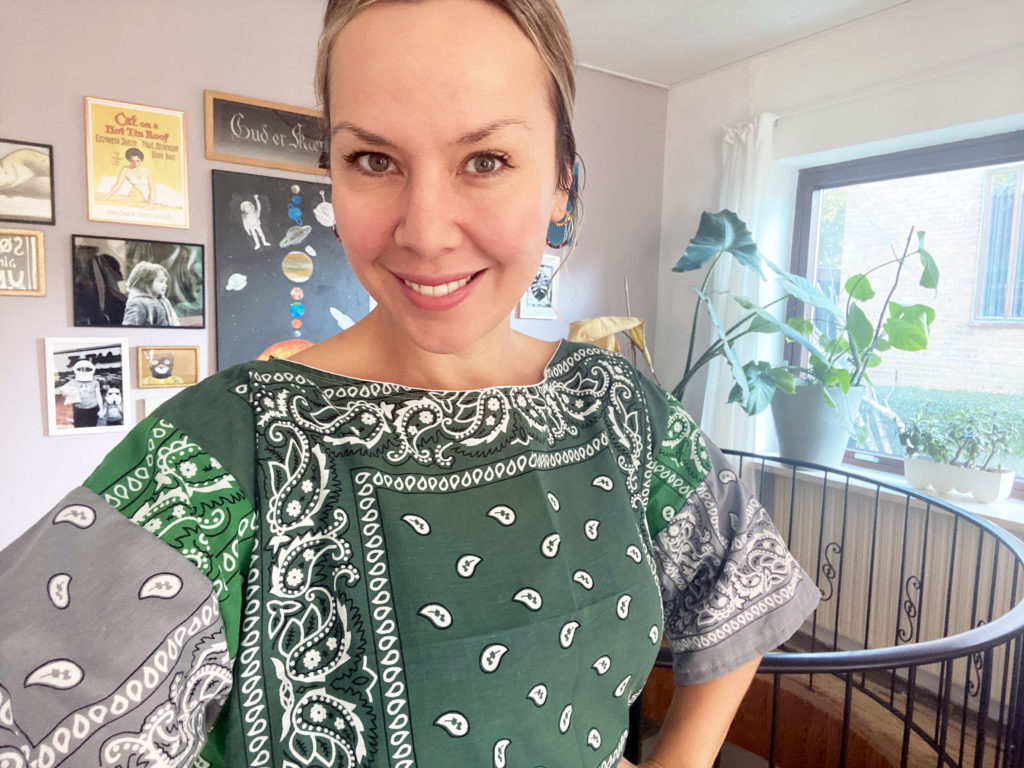 1 thought on “How to make a bandana dress DIY”