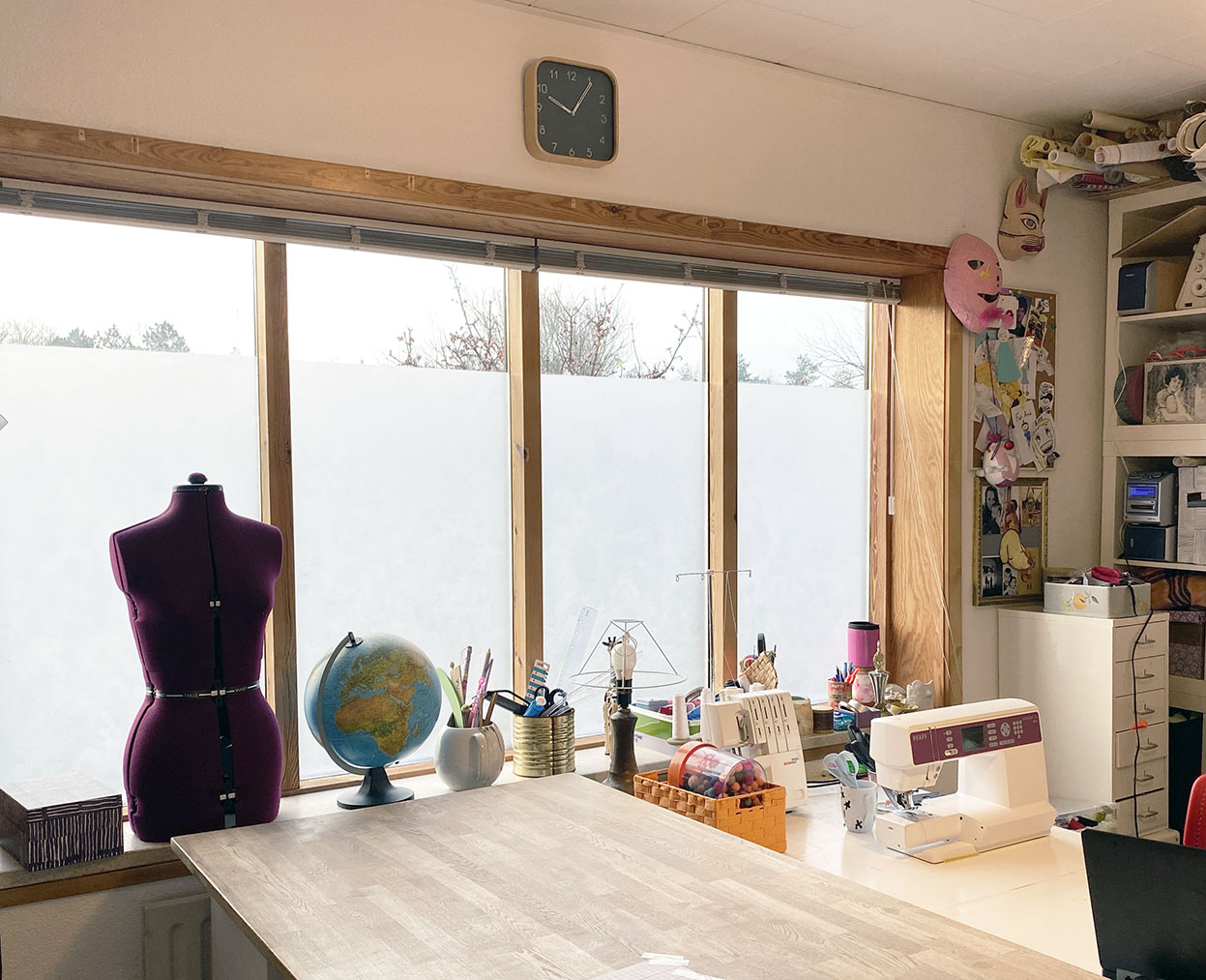 I have recently found myself dealing with the frosted plastic film that you put on  glass windows to let the light in, but at the same time make it impossible for curious people to look in.

I have done it several times before in my old house, and it worked fine, but this time it was a big mess.

The windows I needed to cover were much larger than I have tied before, and it did not end up well. Basically the plastic ended on the floor and I was sweaty and frustrated.

I ended up with a cup of coffee and scrolling Instagram on my phone and saw a great non plastic frosted window tip on the Swedish site Ecotipset . It seemed to good to be true, but I thought I would try it out. 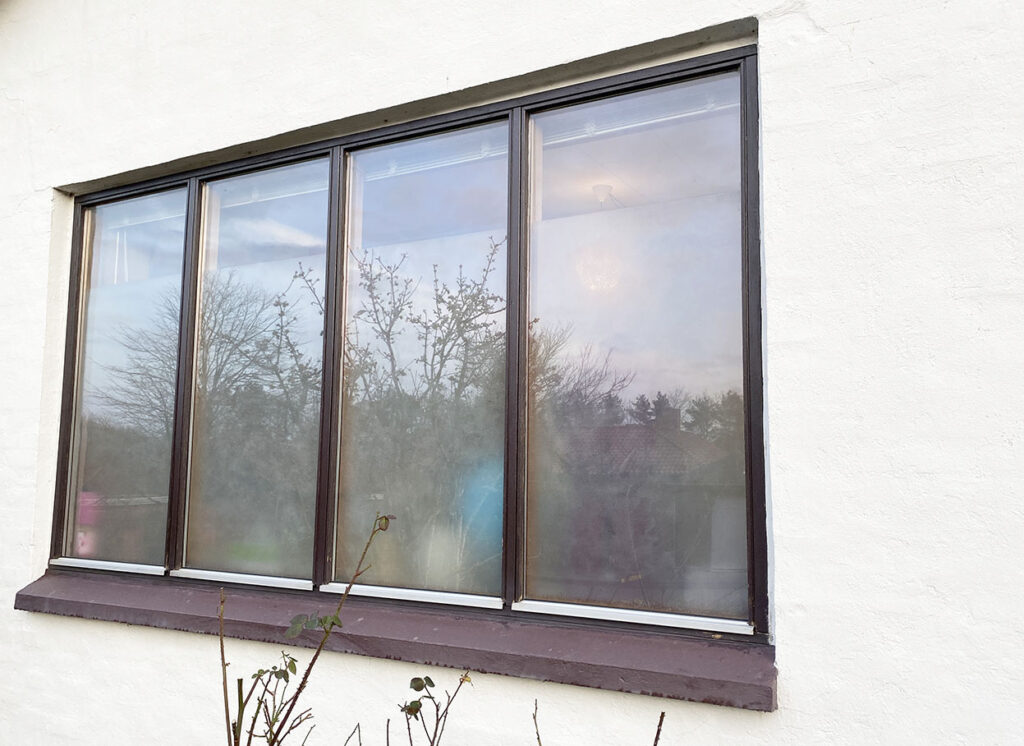 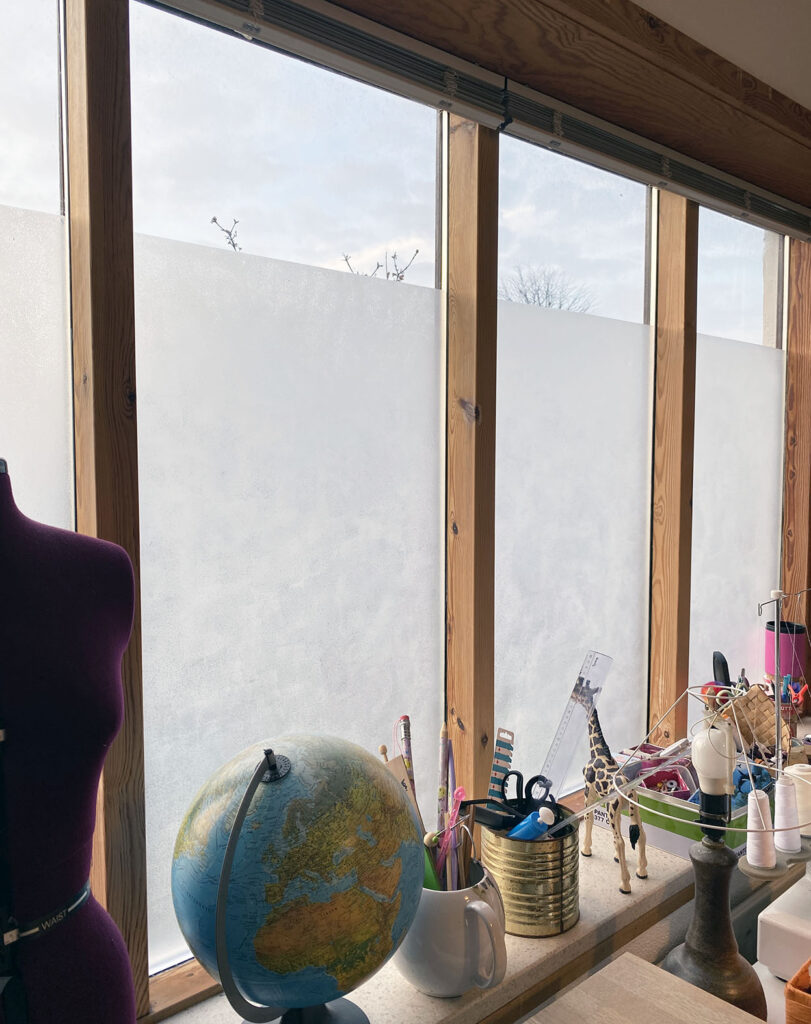 Natural yoghurt does the trick for a non-plastic frosted window

So you need a sponge and a special type of natural yoghurt. In danish it is called thick milk, and I do not know if it exists ousted of Scandinavia, but I am almost sure you can use other types of natural yoghurts.

You dip the sponge in the thick milk and dap it on the window. I gave my windows one coat and let that dry before adding another coat.

It does not smell at all – you could think it would reek of rotten milk, but it does not. And I can just clean it off with normal washing detergent when I get tired of it. I have tested that to be sure.

What a weird and great idea

It is such a great tip and I just wanted to pass it on. So many use the plastic cover, and it can be a real pain to put on. Also – it is made of plastic, and we do not need any more of that stuff than necessary. This is made with such a small amount of yogurt, and it was also fun to do. I have seen more arty projects with it both for Halloween and Christmas as a fun decoration. I wonder who came up with it? Who thought, let us put some yogurt on that window to make non plastic frosted window look…

The only problem I have seen with it, is that if you have a dog, he might lick it of the window . just too tempting I guess, it is food… but that issue is not for us with no animals in the household at the moment, so here it still looks good.

For another sneak view from my house, check out this post on how to make the best gallery walls.